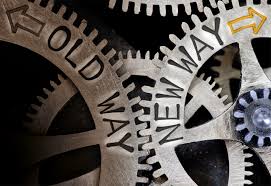 Our group reflected on the issues raised in QCEA’s challenging paper “Finding a European Quaker Voice for the moment.” The document is available on the QCEA website along with a link on how to comment.

QCEA will gather comments until January, after which a second draft will be prepared which will be presented for approval at the QCEA General Assembly meeting in March 2021. It is a multi-purpose document serving to help guide QCEA policy work and to state current concerns and thinking of European Quakers. We are fortunate to have the chance as European Quakers to reflect on that often-quoted George Fox query “what canst thou say?”

The QCEA paper draws our attention to the post-COVID-19 period when we anticipate that governments are going to move fast “on a narrow set of political and financial priorities: economic reconstruction and social resilience.” This may allow a “paradigm shift on the role of the state, attitudes to multilateralism, and a broadening of the parameters of political debate to consider such policies as universal basic income and re-nationalisation.”

QCEA asks: “We have all just been given one last chance to redesign the global economy before climate change becomes irreversible. How do we do it right this time? What should radical demands of the people of Europe and the world be?”  And, to us, “where will the Quaker community be in this?  We have always been an advocate for social justice in difficult times as defenders of human rights for almost four centuries,” but it may be now that Quakers must come forward more strongly.  “Quakers are a movement of a big-picture perspective on how the tides of history have ebbed and flowed, and what those changes mean in terms of social change….will we accept that we are now living in such a moment and play our part?”

Among many points brought up in our discussion was how such a document can express a distinctly Quaker voice rather than having the feel of a document that could also have been written by other NGOs working in the fields of sustainability, human rights, financial reform, etc. What would make such a document particularly Quaker? Suggestions included referring to Quaker values and experience in relation to each of the themes, making concise ‘this we know’ problem statements, highlighting the violence inherent in many of the issues; avoiding “should…”!

We were joined by Friends from Toulouse who shared their experience at their Yearly Meeting discussing this paper. This was one of many texts they considered at their gathering. They kindly offered to us the bibliography of those other readings.

We invite you to take part in this big conversation by reflecting and reviewing on the work already done, by posting comments on the QCEA website, by commenting on this blog, or by initiating an exchange in Quaker circles and well beyond.

Written and sung for another time of great change. The Times They Are A-Changin’