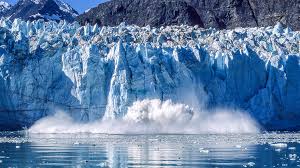 We welcomed Julian Rees of Loughborough meeting who came to speak to us about the Sustainability Handbook recently created by that meeting.

The handbook began as a response to the 2017 minute from Britain Yearly Meeting (minute 36 also known as the Canterbury Commitment).  This minute “challenged Friends to seek a sustainable, equitable, and peaceful life on Earth” and this led Loughborough Friends to consider their response.  Julian referred to the most common individual response as one of “submerged panic” – best not to think too much about it because the consequences are too overwhelming to think about.

However, Loughborough Friends felt a drive to do SOMETHING.  They began by meeting in a weekend retreat.  This was indicative of a sense of needing to come together, to work through a climate of fear, helplessness.  Since beginning to meet at that time, they have continued to meet watching films, sharing lunches, etc.  Sharing has become enabling.  It revealed that just about everyone was doing SOMETHING, but they did not know what each other were doing.  It turned out that there can be many “experts” and resources on sustainability in a 30-person meeting.

Loughborough Friends kicked off their process by calculating individual carbon footprints.  They have avoided the temptation to get drawn off into other, related issues to sustainability.  They found that food is the nexus where everything comes together.

The Loughborough project started by creating lists and from that emerged the sense that everyone was already responding to the crisis, even with small or not-so-small changes.  The topics covered at meetings range from supermarkets and plastics, local and organic food, animal-friendly food, the carbon footprint of food, what other problems can be created by eating organically (i.e. driving farther to get to the organic foods market), home energy, speed limits.

Over their many years gathering to talk about sustainability, Loughborough Friends have found that it is the process rather than direct outcome which is important, that conversation IS doing something as it leads to changing attitudes and minds, and fuels further action.  Meeting together has created energy and commitment. After the booklet was finished, the question “where do we go from here?” has emerged.  The walk wants to talk across silos and develop talking points.  One result has been  more recent actions such as lobbying MPs, working not to be confrontational but to finding common ground.

The handbook was built on “I” language.  It is a testimony of the whole meeting.  The attitude is one of avoiding a judgmental or competitive viewpoints, but valuing small contributions as much as big ones.

Julian reflected on what has happened since the handbook was written, as they have begun lobbying activities.  Friends have realized that there is a lack of radicalism in government thinking; there is target setting but targets not being met.  We need radical transformation of our systems and economies.  Now.  Friends realize that there is only so much personal change one can do. You quickly reach your limits.  There must be collective action.  This frustration with

Government has led to the Extinction Rebellion movement.

Lindsey Fielder Cook of QUNO attended our session and she talked briefly about multilateral level work on climate action.  Because the United Nations Climate Change Conference COP (Conference of Parties) process can feel so technical and removed from individuals, QUNO offers resources to connect people with international climate efforts that could help strengthen action at home. They include the Climate Empowerment Series and soon, a little toolkit called, ‘How to be a Hero for our children’.  Feedback is welcomed. Please contact Lindsey if you are interested.

We finished by asking for advice. How to keep energy going?  Have doable goals – not too big but it is important not just to talk.    Have action based in a locality.  Have the intention of working towards sustainability.

How to Change the World: the Revolution will not be Organized – about the birth of Greenpeace

Kabarak Call for Peace and Ecojustice,